Communications Governance in the News 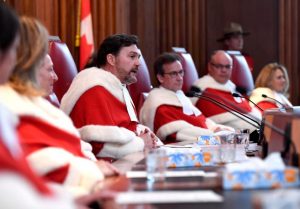 ▪     Decision relating to the following application considered under the Commission’s Part 1 process:

▪     Review of the competitor quality of service regime

o     […][PRIVACY] Frederic Dwayne Wilson v. Her Majesty the Queen (B.C.) (Criminal) (By Leave) Charter of Rights  – Search and seizure – Reasonable expectation of privacy – Whether the Court of Appeal erred by concluding that the applicant did not have a reasonable expectation of privacy in the common areas of the condominium complex in which his suite was located or in the video surveillance footages of those common areas – Charter of Rights and Freedoms, s. 8.[…]